The U.S. Securities and Exchange Commission (SEC) had a busy rulemaking year in 2015. Consistent with the reforms that began in 2012 with the Jumpstart Our Business Startups Act, Congress and the SEC continued their push to improve access to capital across the spectrum of issuers – from small private enterprises raising capital through crowdfunding to more mature companies preparing for an IPO. The SEC also proposed new rules for resource extraction issuers under the Dodd–Frank Wall Street Reform and Consumer Protection Act (Dodd-Frank Act). This update provides an overview of the following significant U.S. securities law and regulatory developments in 2015:

Although some of these rules are applicable only to U.S. issuers, we believe that these developments should be of interest to market participants abroad, as well as Canadian issuers and their advisers.

The Fixing America’s Surface Transportation Act (FAST Act) enacted on December 4, 2015, contains several legislative amendments that will help improve the registration process for emerging growth companies (EGCs). For example, for an EGC that has confidentially submitted its registration statement to the SEC for review, the FAST Act reduces the period of time that the issuer must wait before it may commence its initial public offering (IPO) road show after it publicly files its registration statement with the SEC. And to help reduce IPO costs, the FAST Act contains a long-awaited amendment enabling EGCs to omit from their preliminary registration statements certain financial information, and it mandates the SEC to review and simplify the extensive disclosure requirements in Regulation S‑K.

Read more about these amendments included in the FAST Act.

The FAST Act added a new section 4(a)(7) to the Securities Act of 1933, as amended (the Securities Act), which provides a non-exclusive safe harbour exemption that will help facilitate private resales of securities by shareholders to accredited investors if certain conditions are met.

Read more about the new private resale exemption in the FAST Act.

On March 25, 2015, the SEC adopted final rules to amend Regulation A under the Securities Act to modernize and expand the framework for capital-raising by smaller companies. Regulation A is available to U.S. and Canadian entities that have their principal place of business in the United States or Canada and are not subject to SEC reporting obligations under the Securities Exchange Act of 1934, as amended (Exchange Act). The types of securities that may be offered under Regulation A are limited to equity securities, debt securities and debt securities convertible into or exchangeable into equity securities, including any guarantees of such securities.

Read more about Regulation A.

On August 5, 2015, the SEC adopted final rules to amend Item 402 of Regulation S-K under the Securities Act to require most SEC-registered U.S. companies to disclose the ratio of the compensation of their chief executive officer (or any equivalent position) to the median compensation of their other employees. Foreign private issuers, Canadian multijurisdictional disclosure system (MJDS) filers, smaller reporting companies and EGCs are exempt from providing pay ratio disclosure.

In December 2015, the SEC proposed Rule 13q-1 and an amendment to Form SD. The proposed rules would require all Exchange Act reporting issuers, including Canadian and other foreign companies, that are engaged in the commercial development of oil, natural gas or minerals to report information about payments made to the U.S. federal government or foreign governments that are related to the commercial development of these resources. The stated purpose of the rule is to increase the transparency of payments made by these companies to governments in order to help combat global corruption and empower citizens of resource-rich countries to hold their governments accountable for the wealth generated by those resources.

On July 1, 2015, the SEC proposed a new rule to implement section 954 of the Dodd–Frank Act. Under proposed Rule 10D‑1, U.S. national securities exchanges must adopt listing rules that will require all listed issuers, including Canadian companies and other foreign private issuers, to adopt, publicly disclose and implement written policies to recover from the issuer’s current and former executive officers any incentive-based compensation received that was based on materially erroneous financial information. 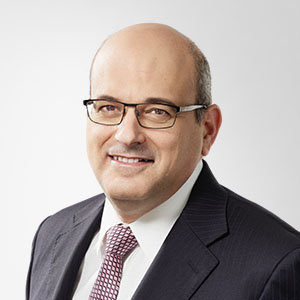 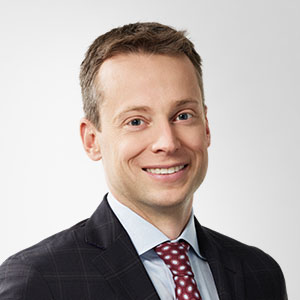 24 mars 2020 - Traduction en cours. In a swift response to the COVID-19 pandemic, on March 4, 2020, the U.S. Securities and Exchange Commission (SEC) issued an order providing temporary conditional relief for SEC registered issuers and other persons that are unable to meet a filing deadline as a result of...