The Canadian government announced a new policy on October 28, 2022 (the Policy) under the Investment Canada Act (ICA) governing investments by state-owned enterprises (SOEs) in Canada’s critical minerals sector. The government followed the issuance of the Policy with an announcement on November 2, 2022 that it had ordered three Chinese investors to divest their interests in Canadian incorporated junior mining companies involved in critical minerals.

The Policy, which is described in more detail below, provides that foreign SOEs and related parties investing in Canadian critical minerals businesses will be able to obtain “net benefit” approval only “on an exceptional basis” where such approval may be required, and can expect to face a full national security review for any such investments. This marks an important and tougher shift in the Canadian government’s attitude toward foreign SOE investment in Canada’s critical minerals sector. The government’s subsequent announcement of the three divestiture orders also sends a strong signal to investors – and Canada’s allies – that Canada is serious in its new approach.

It is unclear how the government learned of these transactions because they do not appear to have been subject to mandatory notification under the ICA. However, as seen in prior cases, the government will utilize different information sources to proactively “call in” investments that may be of concern.

The Policy is not the last word on likely changes to the ICA. The Canadian government is committed, in its words, to “continue to work toward an ICA framework that is well calibrated to ensure Canada’s continued prosperity and to face evolving national security challenges.” Given the tenor and tone of the Policy, any such changes are likely to make the ICA process even more challenging – at least for certain investors. 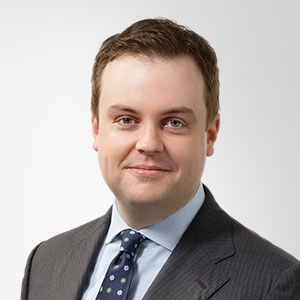 Dec. 14, 2022 - The Canadian government has proposed legislation to update and reinforce its national security review process under the Investment Canada Act (ICA). The proposed changes contained in Bill C-34, National Security Review of Investments Modernization Act (Bill) are the most...

Dec. 01, 2022 - The Canadian government recently released the 2021-2022 Annual Report covering non-cultural1 foreign investment reviews under the Investment Canada Act (ICA) from April 1, 2021 through March 31, 2022. Given the government’s reluctance to publicize details of its ICA reviews,...