Subject to limited exceptions, the Financial Measure Rules cover all publicly filed documents as well as other written communications that are intended to be, or are reasonably likely to be, made available to the public (including websites and social media platforms). They also apply to an IPO prospectus or similar document of a non-reporting issuer.2

An issuer disclosing a historical non-GAAP financial measure must:

First Instance Disclosures. Issuers should also be mindful that some of the above disclosures must be made in proximity to the first instance of their disclosure. Helpfully, the companion policy allows issuers to satisfy these first instance disclosures through a cross-reference to a separate section of the document (or another document, if incorporation by reference is permitted) that includes those disclosures. This cross-reference could be included in a footnote to the applicable financial measure that, if applicable, also identifies the measure as a non-GAAP financial measure.

In addition to the required disclosures noted above, if the non-GAAP financial measure is disclosed in MD&A or an earnings release, that same measure must be disclosed for a comparative period, determined using the same composition, unless it is impracticable to do so (comparative period disclosure).3 In the companion policy, the CSA says it does not consider the cost or time to prepare this comparative period disclosure to be a sufficient rationale for an issuer to assert it is impracticable to disclose.4 As a result, in considering whether to introduce a new financial measure or a change to an existing financial measure, an issuer should consider whether it has or can obtain the necessary data from the prior period to construct that new or amended measure using the same composition.

If the capital management measure is included in MD&A or an earnings release, the issuer must also disclose that measure for a comparative period, determined using the same composition, unless it has not been previously disclosed.

The Financial Measure Rules come into force on August 25, 2021. However, these rules do not apply to a reporting issuer in respect of documents filed for a financial year ending before October 15, 2021. As a result, issuers with a December 31, 2021 year-end will first need to comply with the Financial Measure Rules in their fourth quarter earnings release and annual MD&A for 2021. 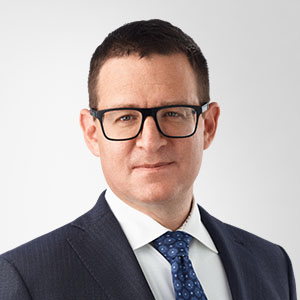 June 04, 2021 - The Ontario Securities Commission (OSC) recently made good on its promise to hold crypto asset trading platforms (CTPs) operating in Ontario accountable for failing to comply with Ontario securities laws. In a hard-hitting statement of allegations issued on May 25, 2021, the OSC initiated...