The Day the Wrappers Died…

September 8, 2015 may go down in history as the “day the wrappers died” – for U.S. broker-dealers who sell foreign securities into Canada on a private placement basis, for the Canadian investors who purchase these securities and for the lawyers who advise them.

On June 25, 2015, the Canadian Securities Administrators announced that rule amendments will come into force on September 8, 2015 that will not only codify certain discretionary “wrapper relief” orders granted in 2013, but also significantly expand the scope of that relief to eliminate virtually all the lingering issues created by those orders.  The net result is that the vast majority of U.S. registered and non-registered offerings of “eligible foreign securities” after September 8, 2015 can be extended into Canada using only the U.S. offering document without the need for a Canadian “wrapper”.

Summary of the Amendments

Broadly speaking, the amendments create an exemption from each of the Canadian securities regulations that often necessitated the preparation of a Canadian wrapper – namely, the requirement to provide (i) underwriter conflict-of-interest disclosure that complies with Canadian rules and (ii) lengthy disclosure regarding the availability of statutory rights of action.

In general, the exemption is available when

Notably, sellers are no longer required to obtain signed “consent and acknowledgements” from prospective purchasers before the exemption can be relied upon.  The removal of this burdensome administrative requirement is a significant improvement over the wrapper relief orders.  In addition, whereas a wrapper relief order was available only to a person that applied for it, the statutory wrapper exemption is available to everyone – issuers and dealers alike.

Multilateral Instrument 51-105 – Issuers Quoted in the U.S. Over-the-Counter Markets (MI 51-105) was adopted in July 2012 in all Canadian jurisdictions except Ontario. It created a number of technical problems for issuers distributing securities into Canada if they had no securities listed on certain designated exchanges, including the NYSE and Nasdaq. However, as a result of blanket relief orders issued in Québec, British Columbia and Alberta, in general, MI 51-105 does not apply in those provinces to any distribution that is eligible to rely on the new statutory wrapper exemption. If the offering must be extended into other provinces, consideration should be given to whether MI 51-105 may apply to the distribution.

No Change to Post-Trade Reporting Regime

Although the amendments create an exemption from the wrapper requirement in the circumstances described above, there is no change to the requirement to prepare and file a post-trade report and to pay the prescribed filing fees, in each case, within 10 days of the distribution date.

Even after the amendments come into effect, there will continue to be circumstances in which it may be advisable to contact Canadian counsel before a U.S. offering is extended into Canada. For example, the wrapper exemption may not be available, or other Canadian legal requirements may come into play, in the following circumstances:

The discretionary relief orders issued in 2013 will expire when the rule amendments come into effect on September 8, 2015. On this date, all offerings extended into Canada must comply with the new statutory exemption rather than the conditions set out in the relief orders. Dealers who have the benefit of a relief order should review the amendments and start transitioning to the new regime over the course of the summer to ensure the uninterrupted availability of the wrapper exemption in September.

We expect that these long-awaited rule amendments will be very well received by Canadian institutional investors because they eliminate some of the costly barriers to accessing highly desirable foreign securities. 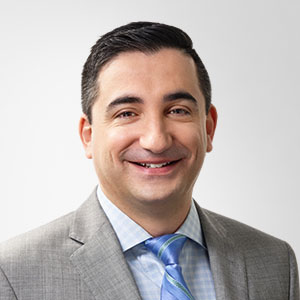