In an article posted to our website on March 18, 2020, we discussed the potential for the recovery of property and business interruption losses arising from the COVID-19 epidemic. Our advice then was that while the pandemic would likely be considered a fortuity, it was uncertain whether, in the absence of actual physical loss or damage, claims for business interruption losses would be covered under typical property insurance policies. However, a decision rendered on March 30, 2020 by the Ontario Superior Court of Justice has opened up the possibility of coverage where the use of property has been impaired, but the property itself has not sustained actual physical damage.

In that case, based on the particular facts and policy wording before it, the Court concluded that the term “physical damage” was broad enough to include the loss of use of property, even in the absence of physical damage. While the decision was rendered based on a complex and unique set of facts and is likely to be appealed, the judgment opens up the possibility that COVID-19 related business interruption claims will be eligible for coverage even in the absence of physical damage to property.

The Court’s decision in MDS Inc. v Factory Mutual Insurance Company did not involve a claim resulting from a communicable disease. In that case, MDS claimed under the business interruption coverage available as part of an “all risks” property insurance policy that it had purchased from Factory Mutual. MDS made the claim after it became unable to purchase radioactive isotopes from Atomic Energy Canada Ltd. (AECL). The supply of isotopes was interrupted after AECL was forced to shut down its Chalk River reactor in 2009 as a result of an unanticipated leak of heavy water. The reactor was closed for 15 months while the cause of the leak was investigated and remedial steps were taken. The leak did not, however, cause physical damage to the reactor.

MDS’s policy covered it for business interruption losses arising out of “all risks” of physical loss or damage of a supplier’s – in this case AECL’s – property. MDS therefore filed a substantial claim with Factory Mutual, which denied coverage because the reactor had not sustained physical damage.

Based on the particular facts and policy wording before it, and relying on a prior Canadian judgment which held that fumes resulting from an oil spill constituted physical damage, the Court concluded that the term “physical damage” was broad enough to include the loss of use of property, even in the absence of physical damage:

[…] I conclude that a broad definition of resulting physical damage is appropriate in the factual context of this case to interpret the words in the Policy to include impairment of function or use of tangible property caused by the unexpected leak of heavy water.

This interpretation is in accordance with the purpose of all-risks property insurance, which is to provide broad coverage. To interpret physical damage as suggested by the Insurer would deprive the Insured of a significant aspect of coverage for which they contracted, leading to an unfair result contrary to the commercial purpose of broad all-risks coverage.

Although, as mentioned above the decision was rendered on a unique set of facts and is likely to be appealed, it is, nonetheless, a first indication of how the Courts may deal with COVID-19-related business interruption claims in the future.

In what is likely to be a harbinger of things to come in Canada, the pandemic has already spawned a number of lawsuits in the United States in which policyholders have claimed that the loss of use of business property caused by COVID-19 constitutes property damage. Also noteworthy is the fact that New York State has recently introduced legislation that would oblige insurers to retroactively cover COVID-19-related business interruption claims. A number of other states have introduced similar legislation. It is expected that these laws, once passed, will be challenged by the insurance industry.

We again recommend that policyholders consult with their brokers and legal advisers to determine whether, in light of this decision, notice of claim should be given to their property insurers. 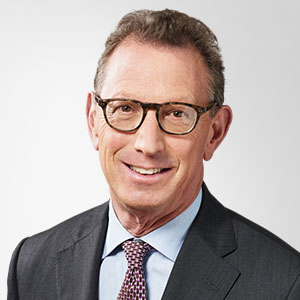