In Wong v. Pretium Resources, 2017 ONSC 3361 (Wong), the Ontario Superior Court of Justice granted the plaintiff leave to proceed with an action for secondary market misrepresentation against Canadian mining company Pretium Resources Inc. The allegations related to Pretium’s decision not to disclose concerns raised by one of its external consultants regarding negative mineral sampling results at Pretium’s flagship Brucejack Project. Pretium honestly believed that the concerns raised by its consultant were unfounded and that the sampling results were inaccurate. It therefore made the decision not to disclose those concerns to the market when they were raised.

In 2011, Pretium began a mineral exploration program at the Brucejack Project, an underground gold mine located in northwestern British Columbia. In November 2012, Pretium retained Snowden Mining Industry Consultants to review the initial results of Pretium’s mineral exploration program and to conduct a mineral resource estimate for the Brucejack Project. In June 2013, the mineral resource estimate was used by another third-party consultant as the basis for a feasibility study, which concluded that the Brucejack Project contained enough gold to support an underground bulk-mining operation. Given that the validity of the feasibility study depended on the accuracy of the underlying mineral resource estimate, Snowden recommended that Pretium test a 10,000 tonne bulk sample of the site to verify the findings of the mineral resource estimate. Pretium hired Strathcona Mineral Services to undertake the excavation and testing of the sample. When the custom mill that was going to be used to process the 10,000 tonne sample proved unavailable, Pretium agreed to use a sample tower testing method as an additional and interim method of evaluating the bulk sample. Notably, the sample tower required testing of only a tiny fraction of the entire 10,000 tonne bulk sample that was intended to be tested in the bulk sample program.

Given both the small sample size used for purposes of the sample tower and the potential for a high degree of variability in the 10,000 tonne sample, Pretium disagreed that the sample tower results were determinative. Pretium opted to wait for the final results obtained after testing the entire 10,000 tonne bulk sample.

On October 7, 2013, Strathcona resigned from the bulk sample program in protest, which Pretium disclosed in a press release two days later. On October 22, Pretium issued a further press release summarizing the reasons Strathcona had given for its resignation and provided the company’s own views as to why Strathcona’s concerns about the results of sample tower were baseless. Between October 9 and October 22, Pretium’s share price fell by more than 50%.

Ultimately, and as Pretium had suspected all along, the results of the sample tower were shown to be inaccurate. Upon completion of the bulk sample program, the findings of the mineral resource estimate were confirmed and the feasibility study was validated.

The Positions Of The Parties

The plaintiff shareholder sought leave to commence a class action against Pretium for secondary market misrepresentation under section 138.3 of the Ontario Securities Act (OSA). The plaintiff claimed that Strathcona’s concerns regarding the results of the sample tower was a material fact that was required to be disclosed at the time the concerns were raised by Strathcona, arguing that the failure of Pretium to include this material fact in its press releases, material change reports and MD&A’s issued during the relevant period amounted to a misrepresentation by omission. Pretium argued that no disclosure was required during that period; Strathcona’s concerns had been discussed both internally at Pretium and with its consultant Snowden, and the decision was made not to disclose those concerns as they were premature and unreliable, and accordingly not material.

The Court found there was a reasonable possibility that the plaintiff’s submission (that Strathcona’s concerns were material and should have been disclosed) would succeed at trial and granted the plaintiff leave to proceed.1

That Pretium had genuinely believed that the sample tower results were unreliable and that it was ultimately correct in that belief did not preclude the reasonable possibility of a trial court determining that Strathcona’s concerns constituted a material fact that was required to be disclosed in Pretium’s continuous disclosure at the time those concerns were raised in order to make Pretium’s continuous disclosure not misleading.

In finding that Strathcona’s concerns were material facts that required disclosure, the Court applied the reasonable investor test. The Court found the fact that two reputable mining consulting firms hired by Pretium held strongly conflicting opinions regarding the value of the minerals at the site to be material as it was information that would be important to a reasonable investor. The Court considered it relevant that Pretium had previously announced Strathcona’s participation in the bulk sample program to the market and that the company had referred to Strathcona as a “reputable firm” and “recognized expert” in 12 separate press releases, including 6 press releases during the period in question. Interestingly, the Court did not consider the impact (if any) that the non-disclosure of Strathcona’s concerns by Pretium had on the market price of Pretium’s securities.

The language of the OSA provides that a fact is material if “it would reasonably be expected to have a significant effect on the market price or value” of a company’s securities (section 1.1, OSA). This market impact test has been repeatedly applied by courts and securities commissions across the country (including the Supreme Court of Canada and the Ontario Securities Commission) in assessing materiality under Canadian securities legislation, including in particular in the context of assessing whether there has been a misrepresentation (as defined in the OSA) in a company’s public disclosure. Indeed, the weight of the jurisprudence surrounding civil actions for misrepresentation adopts and applies the market impact test, which has the benefit of allowing parties to objectively quantify materiality. Expert economists can analyze a company’s share price and quantify the impact that the disclosure or non-disclosure of a particular piece of information would have on the market price or value of a company’s securities.

Materiality In Other Disclosure-Related Actions

Confusion In The Cases

Canadian courts have not been entirely consistent in their application of the market impact and reasonable investor tests, with the result that determinations of materiality have been made in the case law, including in Wong, without appropriate regard to the relevant test set out for materiality in Canadian securities legislation – namely, whether the information would reasonably be expected to have a significant effect on the market price or value of a company’s securities. This results in significant uncertainty for companies engaged in real-time assessments of materiality as to the applicable threshold for material information requiring disclosure to the market.

Timing Of Disclosure: A Sensible Approach?

The Ontario Court in Wong found that the obligation to disclose a negative opinion was immediate, despite Pretium’s diligent efforts to investigate the opinion that it believed, correctly, to be wrong. In June 2017, the corresponding U.S. class action against Pretium was dismissed in its entirety by the U.S. District Court for the Southern District of New York. In dismissing the plaintiffs’ claims, the U.S. Court considered when Pretium’s duty to disclose Strathcona’s opinion arose. The U.S. Court found that while Pretium had a duty to be both accurate and complete in its disclosure, the company was also entitled to investigate potentially negative information before making statements to the market (see In re Agnico-Eagle Mines Ltd. Sec. Litig., No. 11 Civ. 7968 (JPO), 2013 WL 14404, S.D.N.Y. Jan. 14, 2013). The U.S. Court found that Pretium took, at most, four months to investigate Strathcona’s concerns before making disclosure, and that in all of the circumstances (including the size and scope of the project and the nature of the competing opinions of Pretium’s consultants), this was a reasonable period of time in which to conduct that investigation. The U.S. Court therefore found that the plaintiffs’ challenge to the timing of Pretium’s disclosure (which was at the heart of the case put forward by the Canadian plaintiff in Wong) was insufficient to sustain a claim of securities fraud.

Despite the confusion in the case law surrounding these tests for materiality, leave to appeal the decision in Wong was denied by the Divisional Court in December 2017. The decision therefore stands and is out there for companies and their counsel to deal with in wrestling with difficult disclosure issues and the potential for resulting civil liability.

Key takeaways from the decision in Wong are as follows: 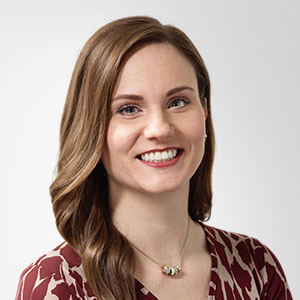 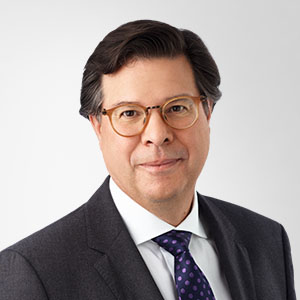 Jan. 15, 2021 - Across the globe, courts have rapidly adapted their practices and procedures in response to the COVID-19 pandemic. While they began resuming activities and easing restrictions over the summer and early fall, many courts are now reintroducing restrictions as various regions experience a second...