On June 23, 2022, CBCA amendments that will require private corporations to regularly report beneficial ownership information to Corporations Canada received royal assent. These changes, which will come into force at a later date, form part of the federal government’s larger initiative to create a public searchable beneficial ownership registry to combat the misuse of federally incorporated shell corporations for illegal activities such as money laundering and tax evasion. Amidst increasing international focus on financial crimes and the efficacy of economic sanctions, the Canadian government reaffirmed in the 2022 federal budget its commitment to federal corporate ownership transparency by accelerating the previously set deadline for launching the registry from 2025 to the end of 2023. The CBCA amendments are included in the Budget Implementation Act, 2022, No. 1 (Bill C-19).

As discussed in our bulletin, since June 2019 corporations governed by the CBCA (excluding corporations that are reporting issuers or whose securities are listed on a “designated stock exchange” as defined in the Income Tax Act) have been required to prepare and maintain a register (a RISC) of individuals with significant control (generally, natural persons who have control in fact over a corporation, or who control or beneficially or legally own shares carrying 25% or more of the voting rights of the corporation’s voting shares or shares representing 25% of the fair market value of the corporation’s outstanding shares). At least annually, a corporation must take reasonable steps to ensure that it has identified all individuals with significant control over the corporation and that the information in the register is accurate, complete and up to date. Corporations are also required to update their RISC within 15 days of becoming aware of any information that must be declared in the register.

The offences for non-compliance carry serious penalties – a fine of up to $200,000 and/or six months’ imprisonment – and apply to corporations and their directors, officers or shareholders who knowingly contravene the requirements.

Once in effect, Bill C-19 will oblige corporations that are required to maintain a RISC to

The form in which such information is to be sent to Corporations Canada and, in the case of the first two requirements, the time period within which it is to be sent, will be prescribed in regulations, which have not yet been published.

To link the collection of beneficial ownership to the underlying enforcement objectives of the changes, the amendments also authorize Corporations Canada to disclose all or part of the RISC information to the Financial Transactions and Reports Analysis Centre of Canada (FINTRAC), investigative bodies, such as the police and Canada Revenue Agency, or such other prescribed entities.

CBCA public companies will continue to be exempt from the registry requirement given the existing insider and large shareholder public reporting requirements imposed by Canadian securities laws. Bill C-19 includes a clarifying change, which came into force on June 23, 2022, confirming that the “designated stock exchange” exemption applies only to a company whose securities are listed and posted for trading on a designated stock exchange.

The changes introduced in Bill C-19 represent the first of two phases of CBCA amendments to launch the public registry. The second phase will consist of changes required to make the beneficial ownership information collected by Corporations Canada public and searchable by way of a publicly accessible interface. We understand that Innovation, Science and Economic Development Canada and others are currently working through relevant issues to launch the registry, including privacy concerns, designing regulations that will be easy to comply with and building the interface. We expect that stakeholders will be consulted during the drafting of this second phase of the amendments.

Corporate transparency advocates hope that the next set of amendments, which is expected to be released in a second budget implementation act later this year, will address concerns aired during the House of Commons and Senate debates on Bill C-19. These concerns include building a public registry system that effectively combats financial crime, timely data verification, sufficient allocation of resources for creating meaningful investigative and enforcement capabilities, and curtailing the use of lawyers as nominees to shield the identity of beneficial owners through assertions of solicitor-client privilege. The latter initiative may prove contentious in light of past successful court challenges by Canadian legal governing bodies to some aspects of FINTRAC’s anti-money laundering reporting requirements.

The CBCA registry, while initiated in the first instance to capture federal corporations, is intended to be scalable to allow access to the beneficial ownership data collected by provinces and territories that wish to participate in what the federal government hopes will become a national registry. Most provinces have already adopted some form of corporate transparency legislation.

As discussed in our bulletin, in August 2021, Québec’s National Assembly passed Bill 78, An act mainly to improve the transparency of enterprises (Bill 78), which has yet to be declared in force. When in force, Bill 78’s requirements will far exceed those of the CBCA, as they will require every person or group, including a corporation, a partnership or a trust, that is operating a commercial enterprise registered with the Québec Enterprise Registrar (REQ) and carrying on business in Québec to disclose their ultimate beneficial owner information to the REQ (but excluding reporting issuers and other specified entities). The public may in turn review the information disclosed to the REQ. Bill 78 is much broader in scope than the CBCA and other provinces’ corporate beneficial ownership registry provisions. It extends not only to corporations but also to other business entities. Furthermore, it applies not only to entities formed under Québec law, but also to ones that carry on business in Québec but are incorporated or formed outside Québec. It remains to be seen whether Québec’s expansive regime could be incorporated into a national registry, or if corporations will need to adapt to overlapping beneficial ownership reporting regimes.

Amendments to the Ontario Business Corporations Act adopted in the Build Ontario Act (Budget Measures), 2021 will require private corporations to create and maintain a register of individuals with significant control; allow authorities and other investigative bodies to access such information; and impose penalties on corporations, directors, officers and shareholders for non-compliance. These rules, which are largely modelled on the CBCA provisions, will come into force on January 1, 2023.

Most of the other provinces, specifically British Columbia, Saskatchewan (not yet in force), Manitoba, Nova Scotia (not yet in force), New Brunswick, Prince Edward Island and Newfoundland and Labrador, have also passed legislation requiring private corporations to maintain beneficial ownership registries. Their provisions largely follow those of the CBCA (without, to date, the regular reporting requirement that will be applicable to federal corporations under Bill C-19).

Alberta, Yukon, the Northwest Territories and Nunavut have not yet introduced legislation requiring private corporations to maintain beneficial ownership registers.

What This Means for Private Corporations (and Others) in Canada

CBCA private corporations will soon have to regularly report beneficial ownership information contained in their RISC to Corporations Canada. The effective date for this requirement has not yet been announced and crucial details will be implemented in regulations that have not been released. Further amendments to the CBCA to create a public registry of federal corporation beneficial ownership information are expected later this year.

With the gradual provincial adoption of similar beneficial ownership registers, a potential structure for a multilateral federal-provincial-territorial, even if not national, registry is starting to emerge. Privacy concerns and practical implications, including the administrative burdens imposed on government agencies and private business entities, will likely shape the actual implementation across Canada of RISC requirements and publicly accessible RISC registries. 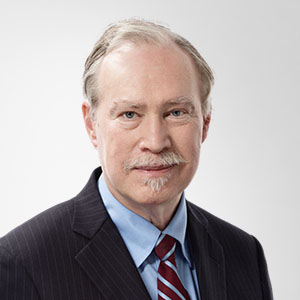 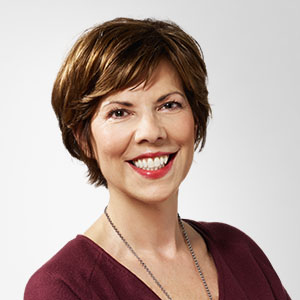 Sept. 06, 2022 - Davies Governance Insights analyzes the top trends and issues most important to Canadian public companies and provides practical guidance for boards to meet these challenges head on. In this edition: Ten Regulatory and Judicial Developments That GCs and Boards Need to...