Why the Cannabis Act Should Make Company Stakeholders Nervous

The following op-ed was originally published in The Globe and Mail.

Last month, Canada became the first G7 country to legalize recreational cannabis nationwide, fulfilling the promise first announced by the Liberal government on the campaign trail in 2015. In the months leading up to legalization, unprecedented investment has poured into the commercial cannabis industry as entrepreneurs and their investors seek to capitalize on its immense financial potential.

While investor demand in this space continues to be strong, gaps in the legislative framework pose risks and introduce uncertainty for the stakeholders of those cannabis companies that do not succeed – and it is inevitable that not all can succeed. When stakeholder rights are put through the crucible of the insolvency of a cannabis producer, these legislative gaps will almost certainly affect creditor recoveries and may expose investors and vulnerable, involuntary stakeholders to unforeseen risks.

To date, 133 licences have been issued by Health Canada for the production of cannabis, and hundreds of applications are pending. This is an industry that anticipates significant economic growth. In fact, according to a report from Deloitte, retail sales are expected to generate revenues of $5-billion or more in the first year under the legal cannabis regime, with industry-wide potential revenues upwards of $23-billion when ancillary services such as transportation, security, and research and development are considered.

The Cannabis Act is, for all intents and purposes, a public safety statute – as well it should be. As cannabis transforms from an illegal, psycho-active substance to a mainstream intoxicant on par with beer, wine and spirits, it is widely accepted that the government must play a strong role in public protection. But unlike public-safety-themed statutes in other regulated Canadian industries such as alcohol, the Cannabis Act does not extend some of the most basic commercial protections to industry participants.

The most apparent gap relates to the transfer or amendment of licences issued by Health Canada. Under the legislation, these licences are essential for all market participants, and permit specific people to do a specific task (produce, cultivate, test or sell cannabis) at a specific location. However, the Cannabis Act has no mechanism to allow a licence to be used as collateral, or for the transfer of such licence to a purchaser if the company needs to access financing or sell its operations. It is also unclear whether a receiver or bankruptcy trustee could keep the business operating under the company’s licence in the event of an insolvency, let alone sell it.

Without the ability to transfer a licence, producers may discover that their assets have little, if any, resale value, making what is otherwise seen as the most valuable part of a cannabis business unattractive collateral for potential lenders. This could severely hamper the going concern and realizable value of a distressed producer, with the consequence of reducing recoveries for all creditors. Similarly, given the need for security-cleared key individuals (such as a “Master Grower” and a “Key Person in Charge”) to be on site during all operations, it is unclear how a third party could be appointed to continue operating the company in a distressed or realization scenario.

The transferability of the licence is of particular interest to those who might otherwise consider lending money to licensed producers. To date, the vast majority of corporate finance in the cannabis space has come through equity with very little bank debt, and almost no secured debt, having entered the space. This makes sense given the questions around the collateral value and in light of the potential challenges facing a secured lender in enforcing its security in cannabis assets.

Limited debt enforcement options will pose challenges for lenders extending credit to the cannabis community. The legislation may even limit a company’s ability to pursue a reorganization. Creative solutions, the intervention of the courts or special permission from the government will be required to bridge these gaps. Until the Cannabis Act evolves beyond its public safety focus to include the basic protections and mechanisms that the commercial community requires, limited or unconventional financing options will likely continue to dominate the space.

Just as the cannabis industry is in its infancy, so too is its regulatory framework. History tells us that legislation follows experience. That is, until a case comes along to expose the effects of the Cannabis Act’s commercial omissions, any legislative change is unlikely. In the meantime, stakeholders are encouraged to educate themselves about the challenges of operating under a regulatory framework that is unprepared for the projected commercial growth of the industry with its inevitable failures.

The federal government has breathed life into what is intended to be a fully-fledged commercial industry. It should proactively take the necessary legislative steps to allow this budding commercial space the opportunity to mature. 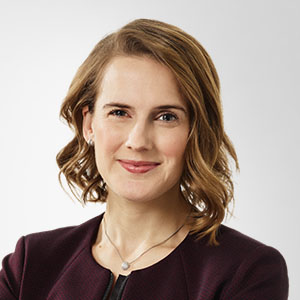