While much of the focus recently has been on Canada’s recreational cannabis industry, the United States has made a progressive move of its own, approving legislation that will remove industrial hemp from the definition of “marihuana” under the federal Controlled Substances Act (CSA). The 2018 Farm Bill (Bill) was approved by the House of Representatives on December 12, 2018, and contains provisions that distinguish hemp from other types of cannabis, creating a federally legal environment for the cultivation, distribution and sale of industrial hemp in the United States and making hemp an ordinary agricultural commodity. All that remains is for President Trump to sign the Bill into law.

The Bill, a bipartisan piece of legislation introduced by Senate Majority Leader Mitch McConnell, will have significant implications for Canadian licensed producers of cannabis, who have thus far been unable to participate in the U.S. hemp-derived CBD market.

What Is the Significance of Hemp?

Although hemp and its derivatives have been used for many years in everything from textiles to fuel to foods to medicinal products, its legal status has been murky because of its association with THC, the psychoactive component of cannabis. While hemp contains low concentrations of THC, it also contains the cannabinoid du jour known as cannabidiol (CBD), which is purported to have therapeutic benefits that can help alleviate maladies ranging from chronic pain to depression, among other conditions. Although the science in support of such claims is still developing, there is nonetheless consumer demand for ingestible and topical products containing CBD.

Estimates of the potential market for hemp-derived CBD products vary greatly. New Frontier Data estimates the U.S. CBD industry will reach US$2 billion by 2022, while market researcher Brightfield Group has forecast that the federal legalization of hemp could lift the U.S. hemp-derived CBD market to a value of US$21.9 billion over the same time period. In any event, the consensus appears to be that the U.S. CBD industry is expected to grow significantly from its estimated value of US$591 million in 2018.

Hemp Laws in the United States

Cannabis derivatives such as hemp have been effectively banned federally in the United States since the Marijuana Tax Act of 1937 was enacted. Until enactment of the Bill, industrial hemp had been categorized alongside cannabis, LSD and cocaine as a Schedule I narcotic under the CSA. However, regulation of hemp and its derivatives has been loosening ever since the Obama administration. In 2014, the U.S. Congress passed legislation that approved pilot programs for growing hemp, regulated at the state level. Since that time, approximately 40 states have passed legislation relating to hemp, and hemp production has grown steadily over the past five years. However, due to hemp’s categorization as a Schedule 1 narcotic, growth of the U.S. hemp industry has been hampered by the inability of producers to access federal crop insurance, federal bank financing and traditional capital markets.

The Bill removes hemp (defined as cannabis with less than 0.3% THC) from Schedule I of the CSA, making it an ordinary agricultural commodity. Hemp will continue to be regulated at the state level; however, the de-scheduling of hemp at the federal level should allow hemp-derived CBD products to be shipped across state lines and should provide producers with previously unavailable access to capital.

In Canada, hemp is regulated by the Cannabis Act and the Industrial Hemp Regulations. Although certain portions of the hemp plant are excluded from regulation in Canada, these portions of the plant, such as the grain, root and fibre derived from a non-flowering mature stalk of the plant, do not typically contain material concentrations of CBD.

Canadian CBD products, however derived, may only be sold to customers by Canadian licensed producers of cannabis (LPs) and authorized provincial retailers. Thus, CBD products are given no more lenient treatment than THC products under Canadian law, contrary to the approach to be taken in the United States.

The Cannabis Act is subject to review by legislators in 2021. However, advocates have suggested that Canada should consider re-regulating CBD-based products at an earlier stage in recognition of the distinction between the psychoactive effects of THC and the potential therapeutic benefits of CBD. Given the approach taken by the United States in enacting the Bill, Canadian legislators may feel increased pressure to heed these suggestions.

Opportunity on Both Sides of the Border?

The enactment of the Bill has the potential to start a wave of investment and development in the U.S. hemp industry across cultivation, product development and retail. To date, the major Canadian LPs have been prevented from pursuing opportunities in the United States as a result of the Toronto Stock Exchange (TSX) policy prohibiting listed LPs from participating in the federally illegal U.S. cannabis industry. However, with the removal of hemp from Schedule I of the CSA, Canadian LPs should be able to invest in the U.S. hemp-based CBD sector, without offending the listing requirements of the major Canadian and U.S. stock exchanges.

Similarly, American hemp producers who have been unable to access capital markets may begin listing on major U.S. and Canadian exchanges. Certain U.S. companies that exclusively produce hemp and its derivative products, such as Charlotte’s Web Holdings Inc., have listed on the Canadian Securities Exchange, which takes a more lenient, disclosure-based approach to activities or investments in the U.S. cannabis market. In light of the Bill, these companies may seek to uplist to the TSXV or TSX.

Furthermore, there is speculation that the United States will eventually follow in Canada’s footsteps and legalize cannabis for recreational use, or, at the very least, allow each state to determine its own regulatory scheme for cannabis. Accordingly, the enactment of the Bill provides Canadian LPs with an opportunity to establish a foothold in the United States and develop brand recognition in the CBD market that may eventually translate into a future THC-based market.

With the likelihood of expansion by Canadian LPs into the United States and the increased access to capital for existing U.S. producers, we expect to see an increase in capital raising to fund the pursuit of M&A, investment, and research and development strategies in the U.S. hemp-derived CBD industry.

Despite Canada’s progressive approach to regulation of cannabis for recreational purposes, the commoditization of hemp in the United States may give U.S. producers a competitive advantage in CBD-based product branding and development.

The Canadian cannabis industry has been incredibly active in 2018. With the legalization of hemp in the United States, the “green rush” may develop into a “green wave” in 2019. 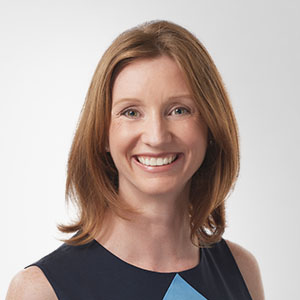