Ontario, Québec and California signed an agreement on September 22, 2017, to integrate and harmonize greenhouse gas emissions cap programs. As a result, Ontario will join the Western Climate Initiative carbon market, with California and Québec, on January 1, 2018.1

In Québec, this announcement was preceded by the publication, on September 20, 2017, of draft regulations under the Petroleum Resources Act,2 which were finally issued almost a year after the legislation was enacted. The Act (which is not yet in force) and the draft regulations3 are intended to do the following:

The draft Regulation respecting Petroleum Exploration, Production and Storage on Land proposes to govern oil and gas activities on land and, more specifically, to do the following:

The draft Regulation respecting Petroleum, Production and Storage in a Body of Water proposes to impose similar requirements in relation to oil and gas activities in a body of water (excluding marine environments), while taking into consideration the specificities of water environments.5

The draft Regulation respecting Petroleum Production Exploration, Production and Storage Licences, and the Pipeline Construction or Use Authorization proposes to do the following:

In addition, these draft regulations propose to set transitional provisions, as well as fees for notices of non-compliance, monetary administrative penalties and offences.

The Petroleum Resources Act and the draft regulations are intended to simultaneously come into force before the end of 2017.6

Although these regulations impose significant oversight and obligations, they will finally provide some clarity and predictability to oil and gas activities in Québec. However, it remains uncertain how the Québec government will coordinate and manage this new statutory framework allowing for oil and gas activities in light of its target to reduce the volume of petroleum products consumed by 40% (as stated in its 2030 Energy Policy published in 2016).7 It is also unclear how this new statutory framework will affect Québec’s target for the reduction of greenhouse gas emissions.

Persons wishing to comment on the draft regulations must submit their written comments to the Québec Ministry of Energy and Natural Resources (MENR) within 45 days and at the latest on November 4, 2017.

Davies is pleased to welcome our new partner and author of this article, Marie-Claude Bellemare, to our industry-leading environmental and indigenous team. One of the top environmental lawyers in Quebec, Marie-Claude has broad experience in all aspects of environmental law, with particular expertise in civil law. Before joining our team, she practiced law at national firms in Montréal and was the in-house counsel – for both litigation and compliance – for a leading Canadian forestry corporation. 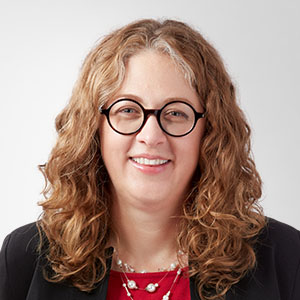 Oct. 01, 2020 - The fourth version of the Equator Principles (EP4), a financial industry benchmark used by Equator Principle Financial Institutions (EPFIs) to assess and manage environmental and social risk in international project finance, takes effect on October 1, 2020. EPFIs commit that they will not...

Sept. 03, 2020 - Several regulations governing the implementation of the environmental authorization scheme have been enacted and were published on September 2, 2020, in the Gazette officielle du Québec, Part 2, including the Regulation respecting the regulatory scheme applying to activities on the...