In line with a global trend for greater transparency of payments made by companies in extractive industries to governments of resource-rich countries, the United States has joined Canada and the European Union in adopting “publish what you pay” rules for such companies. These rules are aimed at combatting corruption and promoting the accountability of these governments to their citizens.

Canada’s “publish what you pay” rules are implemented under the Extractive Sector Transparency Measures Act (ESTMA). Reporting entities subject to ESTMA are required to report payments related to the commercial development of oil, gas or minerals made to governments worldwide for financial years beginning after June 1, 2015. Reports are due within 150 days of the end of each financial year. Reporting entities must enrol with Natural Resources Canada prior to submitting a report under ESTMA. Natural Resources Canada is encouraging enrolment before June 30, 2016 and has established a two-step enrolment process, which includes the submission of a Contact Form.

On June 27, 2016, the United States Securities and Exchange Commission (SEC) adopted its “publish what you pay” rules under the Dodd-Frank Wall Street Reform and Consumer Protection Act (Dodd-Frank). The rules mark the SEC’s second attempt to adopt transparency rules under Dodd-Frank: the U.S. District Court for the District of Columbia vacated the initial rules adopted by the SEC in 2012.

The SEC’s rules require resource extraction issuers to file annual reports on Form SD, disclosing payments made to governments worldwide for financial years beginning on or after September 30, 2018. A resource extraction issuer is defined to include any company that is required to file annual reports on Forms 10-K, 20-F or 40-F with the SEC and is engaged in the commercial development of oil, natural gas or minerals. The rules do not provide exemptions based on size, ownership, foreign private issuer status or the extent of business operations constituting commercial development of oil, natural gas or minerals. In contrast to the Canadian and European Union rules, the SEC’s rules do not apply to large private companies.

Reports under the SEC’s rules are due within 150 days of the end of the applicable financial year and require disclosure of payments on a project-by-project basis, subject to a de minimis payment threshold of US$100,000 (whether a single payment or a series of related payments). The report must include payments such as taxes, royalties, fees, production entitlements, bonuses, community and social responsibility payments, dividends and payments for infrastructure improvements.

The SEC’s rules include two exemptions that provide for transitional relief or delayed reporting in limited circumstances. These exemptions provide a longer transition period for recently acquired companies that were not previously subject to reporting under the rules and a one-year delay in reporting payments related to exploratory activities. In addition, resource extraction issuers may apply for, and the SEC will consider, exemptive relief for other situations on a case-by-case basis (e.g., when a foreign government prohibits the disclosure of payments made to it).

The SEC’s rules allow for the substitution of the SEC’s disclosure requirements with those of another jurisdiction so long as the SEC determines that the requirements of the other jurisdiction are “substantially similar”. Concurrent with its announcement of the new rules, the SEC issued an order stating that ESTMA and the European Union’s rules are “substantially similar”. As a result, resource extraction issuers that are also reporting entities under ESTMA are expected to be able to use their ESTMA reports to satisfy the SEC’s rules.

As with the SEC’s rules, ESTMA also allows for substituted reporting. Currently, only reports submitted to European Union and European Economic Area member countries that have implemented the European Union’s rules are acceptable substitutes under ESTMA. Natural Resources Canada is conducting a substitution review of the SEC’s rules and we expect a favourable outcome, enabling reporting entities under ESTMA that are also resource extraction issuers to use their reports filed with the SEC to satisfy ESTMA requirements. 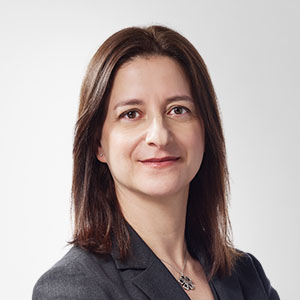 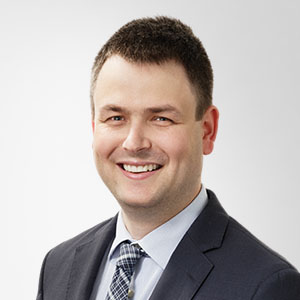 Mar. 23, 2020 - Canadian public issuers grappling with the impact of the COVID-19 pandemic on their businesses are rightly focusing on the health and safety of their workforce and customers, business continuity and risk management. However, while balancing these and the many other critical issues flowing from...