The OSC Releases Its Reasons for Decision In the Matter of an Application by The Catalyst Capital Group Inc.

On April 25, 2016, the Ontario Securities Commission released its reasons for decision In the Matter of an Application by The Catalyst Capital Group Inc. As this is the first case in which the Commission has denied standing to a party to commence an application under the “public interest” jurisdiction set out in section 127 of the Ontario Securities Act, it will serve as an important precedent for future aspiring litigants who invoke that provision before the Commission.

The case arose out of the $2.65-billion sale by Shaw Communications Inc. (Shaw) of its subsidiary Shaw Media Inc. to Corus Entertainment Inc (Corus). Members of the Shaw family control the majority of the voting shares of both Shaw and Corus, making this a related party transaction subject to the requirements of Multilateral Instrument 61-101 – Protection of Minority Security Holders in Special Transactions, including majority of the minority shareholder approval and formal valuation requirements. Davies acted as counsel to Shaw both for the transaction and for the ensuing litigation with The Catalyst Capital Group Inc. (Catalyst).

Shortly after the transaction was announced on January 13, 2016, Catalyst acquired a small equity stake in Corus (approximately 0.4% of its publicly traded non-voting shares) and commenced an aggressive public campaign against the transaction. Catalyst’s attack on the transaction was multi-faceted. It complained about the process followed by Corus and Shaw in negotiating the sale; the merits of the transaction from its perspective as a Corus minority shareholder; and Corus’s disclosure concerning the transaction. Catalyst raised these complaints with Corus management; with OSC staff; and through an aggressive multimedia campaign, featuring a dissident proxy circular, a website (stopcorusshaw.ca), multiple newspaper advertisements, engagement of a proxy solicitation firm, “robo-calls” to Corus shareholders and direct solicitation of major shareholders.

On Friday, March 4, 2016, only five days before the scheduled date of the Corus shareholders’ meeting to approve the transaction, Catalyst commenced an application under the “public interest” jurisdiction found in section 127 of the Securities Act. Catalyst sought (among other relief) a postponement of the Corus shareholders’ meeting until Catalyst’s disclosure concerns were addressed.

In response, Corus immediately brought a motion to dismiss Catalyst’s application on the basis that it did not have standing under section 127. Shaw brought a motion seeking leave to intervene in the proceeding. The matter was initially heard that same day, March 4, and Shaw was granted leave to intervene in order to make written submissions on Catalyst’s application and Corus’s motion. Significantly, in the course of submissions on Shaw’s motion, Catalyst conceded that its application was limited to a complaint about the adequacy of Corus’s disclosure. Catalyst thereby abandoned its broader attack on the merits of the transaction or the process by which it had been negotiated. Shaw and Corus also succeeded in convincing the Commission to bifurcate the argument scheduled for the following Monday, March 7. Catalyst would first have to convince the Commission that it had standing, before the Commission would consider argument on the merits of Catalyst’s application.

In the result, the Commission granted Corus’s motion to deny Catalyst standing, and dismissed Catalyst’s application without a hearing on the merits, with reasons to follow. Those reasons were publicly released on April 25, 2016.

The Commission began by recognizing that a private party bringing an application under section 127 of the Act is an “extraordinary circumstance”, and the Commission has the discretion whether to permit it to do so. While the Commission had yet to exercise its discretion to deny such an application in the limited cases that had come before it to date, the Commission noted that it had declined to hear applications under the analogous section 104 of the Securities Act, which allows an “interested party” to apply for an order in respect of take-over or issuer bids.

Turning to the test for standing previously set out in MI Developments Inc. (2009), 32 OSCB 126 (a case on which Davies also acted), the Commission denied standing for two principal reasons: the basis for the complaint, and the timing of the complaint.

Starting with the basis of the complaint, although the merits of Catalyst’s complaint were not specifically in issue on the standing analysis, the Commission noted that “there was no prima facie case of inadequate or materially misleading disclosure” (para. 55). The Commission went on to note that in any event, Catalyst’s complaints “had already been widely considered in an active public debate” and “arose from an analysis of information disclosed in the Management Circular” (para. 56). The Commission concluded on this issue as follows:

For us to entertain the Application seeking to have the Meeting delayed so that Catalyst’s views could be incorporated in the Management Circular after they had been so completely described in Catalyst’s own Dissident Proxy Circular and other communications would not be of sufficient benefit to minority shareholders to justify our intervention. (para. 59)

Turning to the issue of timing, the Commission noted that intervening at such a late stage “could affect fairness, efficiency and confidence in our capital markets” (para. 60). While the Commission certainly has the discretion to intervene late in the process in appropriate cases, it declined to do so in this case absent “critical issues being raised relating to the transaction in question” (para. 61).

The decision in this case should serve as an important reminder that section 127 is a public interest provision that cannot be invoked by private parties at will. Only when a private party can demonstrate that exercising the Commission’s discretion to consider an application would protect the capital markets will its application be permitted to proceed. 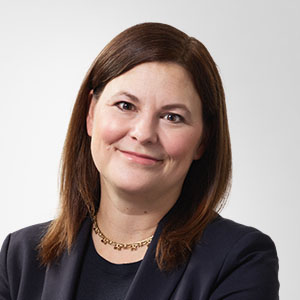