Changes to the Québec regulation the Cap-and-Trade System for Greenhouse Gas Emissions Allowances are intended to streamline and strengthen its carbon market and further align it with California’s market. Regulated emitters were expanded to include all companies distributing fuel of 200 litres or more annually, preventing avoidance of the current 25,000–metric tonne emission threshold. In addition, the proposed amendments will expand the number of offset opportunities and permit recognized financial intermediaries to transact within Québec’s market.

On June 25, 2015, changes were made to Alberta’s Specified Gas Emitters Regulation. The most stringent emission-reduction requirement was 12% of a facility’s net emissions intensity, and this is being increased to 15% as of January 1, 2016, and 20% as of January 1, 2017. Regulated emitters may still comply with reduction requirements by contributing to the Climate Change and Emissions Management Fund, but the price of any contribution is increasing from $15 per tonne to $20 per tonne in 2016 and $30 per tonne in 2017. It is noteworthy that the new requirements will continue to apply only to entities with greater than 100,000 tonnes of greenhouse gas emissions per year.

More significant changes may be forthcoming because Alberta also announced the appointment of an advisory panel to study further carbon strategies. The panel is to report this fall and has been instructed to explore several economic models, including a carbon tax and a carbon market.

The proposed amendments to Québec’s regulation demonstrate a maturing carbon market with clear intention to expand the linkages with California’s carbon market. Ontario’s recently announced intention to launch a carbon market linked with those of Québec and California means that the prospect of a viable market in North America may be realized. A regulated and reliable trading system would encourage emissions reductions and provide cost-effective alternatives for compliance by regulated emitters. As Alberta considers its options for further emission-reduction measures, it remains to be seen whether a harmonized cap-and-trade system is feasible in Canada.

Notwithstanding such initiatives by the provinces, current action will leave Canada falling short of the recently announced federal target of 30% below 2005 levels by 2030. 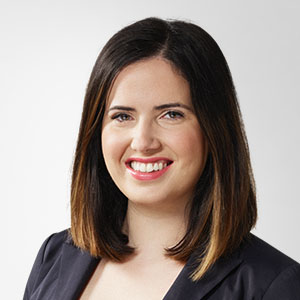