In a landmark decision released on November 13, 2014, the Supreme Court of Canada (SCC) recognized for the first time in Canada a general organizing principle of good faith in the common law of contract and a more specific duty of honesty in the performance of contracts between parties. The decision has important implications for Canadian businesses. It creates a new liability for parties to any commercial contract. It also reinforces the need for careful communication between contracting parties and in internal communications within businesses regarding issues of contractual performance.

The case involved a dispute between Harish Bhasin, a retailer of education savings plans, and Canadian American Financial Corp. (CAF), the wholesaler of the plans. In a series of rather convoluted events, CAF worked with Mr. Hrynew, a retailer and competitor of Mr. Bhasin, to mislead and pressure Mr. Bhasin into merging his sales operation with that of Mr. Hrynew. When Mr. Bhasin resisted, CAF gave notice that it would not be renewing his contract, which resulted in Mr. Bhasin losing the value in his business. Mr. Bhasin commenced an action against CAF and Mr. Hrynew, claiming conspiracy and CAF’s failure to act in good faith.

The trial judge found that CAF knowingly misled Mr. Bhasin throughout the events leading up to the non-renewal of his contract. In doing so, she held that CAF had breached an implied duty of good faith. The Alberta Court of Appeal overturned the trial judge’s decision on the basis that the contract renewal terms were unambiguous and no duty of good faith had been provided for in the contract.

The issue that the SCC was asked to decide on appeal was a narrow one: Does Canadian common law impose a duty on parties to perform their contractual obligations honestly? In a unanimous decision, Justice Cromwell held that it does. According to Justice Cromwell, the “general organizing principle” of the duty of good faith that underpins all contract law carries with it a duty of honesty that requires parties not to lie or otherwise knowingly mislead each other about matters directly linked to the performance of the contract.

There are several reasons why Canadian businesses should be mindful of the SCC’s decision. If you have a commercial contract with someone and are dishonest in matters directly related to the performance of the contract, then you may be held liable for damages. The amount of damages will be assessed on a contractual basis – that is, expectancy damages – enough money to place you in the position you would have been in if the contract had been performed. For example, in the case in question, the SCC held that the counterparty would have been able to retain the value of his business had the dishonest conduct not occurred, and the Court awarded the counterparty what was accepted as the value of the business at the relevant time.

The SCC elaborated that this duty of honesty means that the parties must not lie or otherwise knowingly mislead each other about matters directly linked to the performance of the contract; but the Court also stated that this does not create a duty of loyalty, duty of disclosure or the requirement to forgo advantages flowing from the contract. It is not to be considered an implied term of the contract, and it operates irrespective of the parties’ intentions. And, while parties cannot contract out of the duty of honesty, they can modify its scope by determining the standards by which performance of the obligation is to be measured if such standards respect the duty’s minimum core requirements.

In addition to creating this specific and new basis for contractual liability (the duty of honesty), the SCC also provided its permission for the creation of additional new bases for contractual liability over time. The SCC determined that commercial parties reasonably expect a basic level of honesty and good faith in their contractual dealings and clearly held that good faith contractual performance is a general organizing principle of the common law of contract. In other words, as a general principle (and not a free-standing rule), parties generally must perform their contractual duties honestly and reasonably and not capriciously or arbitrarily, and a party cannot seek to undermine the legitimate contractual interests of the other party in bad faith. The SCC then stated that the application of such an organizing principle to particular situations should be developed incrementally with due weight given to the importance of private ordering and certainty in commercial affairs.

It is this latter aspect of the SCC’s decision that has very likely created the dawn of a new era in commercial contract litigation. There will be no shortage of attempts to characterize future commercial claims on the basis that damages were suffered as a result of a party not acting in good faith in the context of the overall commercial relationship, even if the specific act may be technically permitted under the terms, as drafted, of the particular contract in question. Accordingly, businesses will need to be mindful of this duty in their communications with contracting parties and even in their own internal communications that discuss matters directly related to the performance of contractual obligations. Conduct that can be construed as deceptive may increase the risk of litigation.

It is noteworthy that the obligation to act in good faith has been part of Québec’s civil law since the 1990s. The Québec Civil Code provides that “every person is bound to exercise his civil rights in good faith”, and that “no right may be exercised with the intent of injuring another or in an excessive and unreasonable manner, and therefore contrary to the requirements of good faith”. In ascertaining the scope and extent of the obligation of good faith, Québec case law will likely provide guidance. 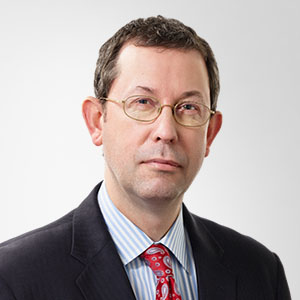