For almost 20 years, most retailers doing business in Québec have used their recognized English language trademarks on public signage, without including generic terms in French. This practice was not contested by the Office québécois de la langue française which issued francization certificates to these same businesses.

At the turn of the new millennium, an opinion rendered to the Government by the Conseil de la langue française characterized the practice as lawful under exceptions in the Charter of the French Language and its regulations that relate specifically to trademarks.

In the fall of 2011, the Office did an about-face and launched a campaign titled “[translation] A sign of respect of the law” directed at companies doing business in Québec, obliging them by virtue of a novel interpretation of the law, to accompany their English trademarks with generic terms in French.

In connection with this campaign, the Office issued letters of demand to a large number of businesses and threatened them with penal lawsuits and even the revocation of their francization certificates.

Certain retailers took the initiative and asked the Québec Superior Court to declare that this novel interpretation of the Charter by the Office was ill-founded1.

The Québec Superior Court rendered its judgment in this case on April 9, 2014, and granted the relief sought by the retailers. The Court held that, despite the general principle of the Charter that requires public signage and commercial advertisement to be in French, the National Assembly specifically provided exceptions, in particular with respect to the public use of an English-only recognized trademark where no French version exists. According to the Court, the attempt by the Office to require that generic terms in the French language accompany the trademark in question did not comply with the law, and would have essentially rendered meaningless the existing exception relating to recognized trademarks in a language other than French.

The Court also held that the interpretation and the practice that had prevailed in Québec for almost 20 years were grounded in the wording of the law, and supported a long-held expectation, the frustration of which would result in significant harm for businesses. The Court found no valid reason to set aside this established practice in light of the wording of the law.

In the end, the Court declared that the Office could not suspend, revoke or refuse to renew francization certificates, nor impose any other sanctions, on the basis that the retailers in this case used trademarks in public signage in a language other than French.

It is to be noted that the trademarks of the plaintiffs were all registered under the Trademarks Act. The Court specifically indicated that it was not rendering a decision on whether or not an unregistered trademark would have been treated in the same way.

The Attorney-General of Québec, who acted for the Office in this case, has 30 days to appeal to the Québec Court of Appeal. 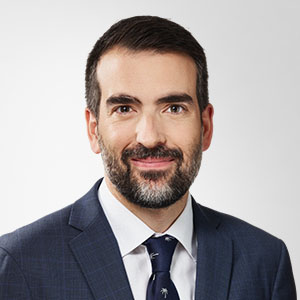