The Canadian Securities Administrators (CSA) recently published a notice and request for comment that proposes amendments (Proposed Amendments) to Part 9 of National Instrument 44-102 Shelf Distributions (NI 44-102). The Proposed Amendments, when adopted, will provide a new regime for issuers conducting at-the-market (ATM) equity distributions, which can currently be conducted in Canada only with exemptive relief (ATM Relief) from the prospectus delivery and technical prospectus disclosure requirements.

Advantages of an ATM Offering

An ATM offering is a type of prospectus offering that permits an issuer to distribute securities from time to time through the facilities of a stock exchange or other trading market at prevailing market prices under a base shelf prospectus and a shelf prospectus supplement. Securities sold in an ATM offering are placed by underwriters acting on behalf of the issuer under an equity distribution agreement. Associated placement fees are generally lower in an ATM offering than if such shares were sold in a bought deal or traditional brokered offering. Shares are distributed at market prices prevailing at the time of the sale (and not at a discount to market). The combination of lower placement fees and higher sales prices result in a lower total cost to the issuer for shares sold in an ATM offering compared with a bought deal or traditional brokered offering.

Originally adopted in 2000, the existing Canadian ATM rules were premised on then-current rules of the U.S. Securities and Exchange Commission (SEC) regarding ATM distributions. However, these SEC rules have subsequently become more issuer-friendly. As a result, ATM distributions are far more common in the United States than in Canada, where ATM Relief continues to be required.

The Proposed Amendments codify the terms typically found in ATM Relief orders and are intended to eliminate the need for issuers and underwriters to apply for ATM Relief.

The Proposed Amendments will exempt an underwriter in an ATM distribution from the prospectus delivery requirement set out in securities legislation. Exemptions from certain prospectus form requirements are also codified under the Proposed Amendments, including those related to the statement of investor rights typically required in a Canadian prospectus. An ATM prospectus will be required to state that purchasers of equity securities distributed under an ATM distribution do not have a right to withdraw from an agreement to purchase such securities and have no remedies of rescission or damages for non-delivery of the associated prospectus; however, remedies against an issuer or underwriter in respect of a misrepresentation in the associated prospectus will remain unaffected by the non-delivery of the prospectus in the ATM distribution.

The Proposed Amendments will permit an issuer that disseminates a news release disclosing information constituting a “material fact” to identify such news release as a “designated news release” that will be deemed to be incorporated by reference into the ATM prospectus. In this way, the issuer can ensure that an ATM prospectus includes full, true and plain disclosure of all material facts, without having to file another prospectus supplement or an amended prospectus.

Finally, other provisions generally found in ATM Relief orders that will be codified under the Proposed Amendments will require that (i) the distribution be made through an investment dealer; (ii) the issuer publish a news release announcing the entering into of an equity distribution agreement with the investment dealer, that an ATM prospectus has been, or will be, filed, and specifying where to obtain copies of such documents; (iii) the issuer has disclosed the ATM distribution if it constitutes a material fact or material change in respect of the issuer; and (iv) an underwriter of an ATM distribution not enter into transactions intended to stabilize or maintain market prices, including any transaction that would result in an over-allocation position in the securities.

The Proposed Amendments eliminate the cap currently in place under the current ATM rules, which provides that the market value of equity securities distributed in an ATM offering may not exceed 10% of the aggregate market value of the issuer’s outstanding equity securities of the same class. This market value cap limits the usefulness of ATM distributions to small and mid-size issuers. This amendment is in line with SEC rules regarding ATM distributions, which do not impose a similar cap. The CSA notes that despite the removal of the cap, concerns regarding dilution are adequately addressed through existing continuous disclosure requirements and the requirement to engage an underwriter in an ATM distribution. The CSA is specifically seeking comment in the Proposed Amendments on the threshold question whether a market value cap should continue to be included in the new ATM rules.

The CSA has also specifically sought comment on whether a daily volume limitation or liquidity test should be imposed. When granting ATM Relief, Canadian securities regulators have typically required that (i) the aggregate number of securities of the class distributed under the ATM prospectus in Canada on any trading day not exceed 25% of the trading volume of that class on all Canadian marketplaces on that day, and (ii) the securities are “highly liquid securities.” To qualify as a highly liquid security, a security must have traded, as reported on a consolidated market display during a 60-day period ending not earlier than 10 days prior to the distribution, (a) an average of at least 100 times per trading day and (b) with an average trading value of at least $1 million per trading day, or constitute an “actively traded security” under Regulation M of the U.S. Securities Exchange Act of 1934 at the time of distribution.

These limitations are aimed at reducing the risk that an ATM distribution will have a material impact on the market price of securities being distributed, by ensuring that the issued securities either have an active, liquid market or will only be distributed in a quantity that will not materially affect market prices. The CSA acknowledges, however, that these conditions limit the benefit of ATM distributions for issuers with low trading volumes, adversely affecting accessibility for small to mid-size issuers.

The CSA has suggested that daily volume limitations and liquidity tests are arguably unnecessary, since both issuers and underwriters have incentives to preserve an orderly market. Further, the underwriter of the ATM distribution would be expected to have the experience and expertise in managing orders to limit any negative impact on market integrity and is also prohibited from engaging in conduct that may disrupt a fair and orderly market.

Regardless of whether a liquidity test is imposed on ATM distributions, issuers with highly liquid securities will be subject to less stringent reporting requirements. The Proposed Amendments will require that an issuer file a report within seven days of the end of each month in which the issuer distributes securities under an ATM prospectus disclosing (i) the number and average price of securities distributed and (ii) the aggregate gross proceeds and net proceeds raised, and the aggregate commissions paid or payable, under the ATM prospectus to date. However, the Proposed Amendments will permit issuers of highly liquid securities to report this information in the issuers’ quarterly financial reports.

In addition to the matters discussed above, the Proposed Amendments also contemplate the following:

The Proposed Amendments seek to reduce the regulatory burden associated with ATM distributions by removing the need to apply for ATM Relief. However, it remains to be seen whether ATM distributions will become more common in Canada if the Proposed Amendments are adopted. The end result may be significantly influenced by whether the CSA ultimately imposes a daily volume limitation or liquidity test as part of its amendments to the current ATM rules.

The comment period in respect of the Proposed Amendments runs until August 7, 2019. 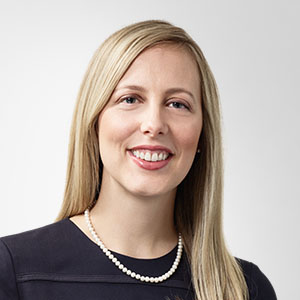 June 08, 2020 - Reporting issuers will soon be able to implement at-the-market (ATM) distributions without obtaining regulatory relief.1 Starting August 31, 2020, ATM distributions in Canada will no longer be subject to prescribed liquidity requirements or prescribed limits on aggregate distribution size or...