In the flood of guidance being issued in the waning days of the Obama administration, the IRS and Treasury Department have finalized regulations that require foreign owners of single-member U.S. LLCs to file an information return on IRS Form 5472, “Information Return of a 25% Foreign-Owned U.S. Corporation or a Foreign Corporation Engaged in a U.S. Trade or Business.” These regulations may create major headaches for foreign investors using wholly owned U.S. LLCs to hold investments or conduct business in the United States or even abroad. At the very least, the new regulations may become a “trap for the unwary” for foreign persons who hold non-U.S. investments in U.S. LLCs that are disregarded entities (DREs). Such foreign persons may not have U.S. tax compliance controls in place and may not be consulting with U.S. tax advisers regularly. If such persons are not generally aware that U.S. tax obligations may apply, they run the risk of failing to file Form 5472 through oversight.

Until now, foreign-owned DREs have generally been ignored for reporting purposes, and transactions by these DREs, which in most cases did not have to be reported, were treated as being undertaken by the DRE’s owner. Under the new regulations, generally effective for periods beginning on or after January 1, 2017, reporting of such transactions will soon be required on Form 5472. Penalties for failing to file this form can be significant. If a foreign person fails to file Form 5472 when required, the initial penalty is US$10,000. This penalty is increased by US$10,000 for each 30-day period (after an initial 90-day period) for which the failure persists.

The new rules only create an information reporting obligation. The requirement to file Form 5472 does not in itself cause a foreign person to have any substantive U.S. federal income tax liability on account of the activities of a DRE. If the activities of a DRE do cause its foreign owner to be subject to U.S. federal income tax, the DRE may still be subject to the new requirement to file Form 5472.

The new regulations were promulgated in the spirit of limiting opportunities for international tax avoidance through base erosion and profit shifting, and taking advantage of treaties that raise the bar to local taxation absent a permanent establishment. The regulations, as initially proposed on May 10, 2016, explained that the new rules would “provide the IRS with improved access to information that it needs to satisfy its obligations under U.S. tax treaties, tax information exchange agreements and similar international agreements” as well as to strengthen the enforcement of U.S. tax laws. No comments on the proposed regulations were received and no testimony was heard. Now the regulations have been finalized in nearly identical form.

A reporting corporation is not currently required to file Form 5472 if its gross receipts are less than US$10 million per year or if transactions with related parties are no more than US$5 million and less than 10% of the U.S. corporation’s gross income. In the case of DREs required to file Form 5472 under the new regulations, however, no corresponding exemption for de minimis transactions or entities applies, which will be the source of some significant hardship.

In addition, at present, Form 5472 need not be filed if (i) a U.S. person files an IRS Form 5471, “Information Return of U.S. Persons with Respect to Certain Foreign Corporations,” that already includes information about the transactions required to be reported on the Form 5472; or (ii) the reporting corporation is a foreign sales corporation. The IRS states in the preamble to the finalized regulations that these exceptions will not be available for domestic DREs that are required to file a Form 5472 under the new rules. In addition, if a foreign owner of a DRE itself has a 10% shareholder that is a U.S. person, the DRE may have to obtain a U.S. Employer Identification Number so the 10% shareholder can file a Form 5471.

The new regulations assume that a DRE will use its owner’s tax year if the owner is already subject to U.S. tax reporting. Every other DRE is deemed to have a calendar year unless provided otherwise on the Form 5472, the revised instructions or other official guidance issued by the IRS.

This new requirement to File 5472 will apply to some foreign persons who are not aware of it. All foreign investors with U.S. entities in their business or investment structures are urged to have a U.S. tax adviser review the new U.S. tax filing requirements.

2 The date “December 13,” which appears in the final regulations issued by the IRS, may be a typo for “December 31.” 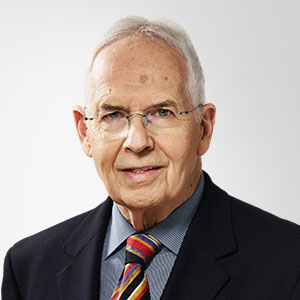 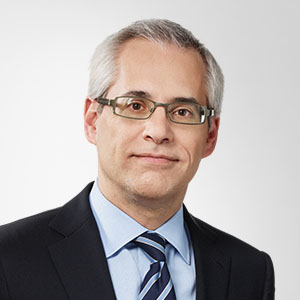