On August 5, 2015, the U.S. Securities and Exchange Commission (SEC) adopted a final rule to amend Item 402 of Regulation S-K under the Securities Act of 1933 to require most SEC-registered U.S. companies to disclose the ratio of the compensation of their chief executive officer (or any equivalent position) to the median compensation of their other employees. The long-awaited rule, mandated by the Dodd–Frank Wall Street Reform and Consumer Protection Act to highlight CEO pay, does not resolve criticisms of the proposed rule regarding the lack of conformity or comparability of pay ratios across companies. In its adopting release, the SEC states that “the final pay ratio rule should be designed to allow shareholders to better understand and assess a particular registrant’s compensation practices and pay ratio disclosures rather than to facilitate a comparison of this information from one registrant to another.”

Foreign private issuers, Canadian multijurisdictional disclosure system filers, smaller reporting companies and emerging growth companies are exempt from providing pay ratio disclosure. All other registrants, in addition to disclosing the annual total compensation of the chief executive officer (CEO Compensation), are required to disclose the following under the final rule:

How Is the Median Compensation Calculated?

Which Employees Are Covered in the Calculation of the Median Compensation?

Can Certain Employees Be Excluded from the Calculation of the Median Compensation?

There are two exemptions from the requirement to include all employees in the calculation of the Median Compensation.

Employees in foreign jurisdictions in which the laws or regulations governing data privacy prohibit compiling and/or disclosing such compensation information may be excluded from the calculation of the Median Compensation. Registrants must use “reasonable efforts to obtain or process” the information required to calculate the Median Compensation, including seeking an exemption or other relief under the applicable jurisdiction’s governing data privacy laws or regulations. If an employee in a particular foreign jurisdiction is excluded, all other employees in that jurisdiction must be excluded.

Registrants that rely on the data privacy exemption must do the following:

Registrants that rely on the de minimis exemption must disclose the following:

1 A new registrant’s first pay ratio disclosure must be provided for the first fiscal year beginning after the registrant (a) has been subject to the requirements of Sections 13(a) and 15(d) of the Securities Exchange Act of 1934, as amended (the Exchange Act) for a period of at least 12 calendar months commencing on or after January 1, 2017, and (b) has filed at least one annual report under Section 13(a) or 15(d) of the Exchange Act that does not contain the pay ratio disclosure. 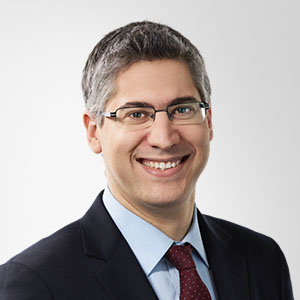