In December 2013, Québec became one of the first provinces to legislate a type of a pooled registered pension plan (PRPP) further to an initiative in this regard announced by the federal and provincial governments in 2010. The Québec PRPP is called a “Voluntary Retirement Savings Plan” or VRSP; however, as noted below, the Québec plan is not necessarily voluntary for employers.

A VRSP is a new kind of deferred income plan designed to provide retirement income for employees and self-employed individuals who do not have access to a workplace pension. Businesses in Québec with five or more employees aged 18 years or older and with at least one year of uninterrupted service will be required to offer the VRSP to their employees, unless a registered pension plan, group registered retirement savings plan or group tax-free savings account is in place. Businesses with four or fewer employees will not be required to set up a VRSP, although they can if they wish. Self-employed individuals can also join a VRSP on their own. It bears noting that under the federal PRPP rules (which apply to federally regulated industries) and provincial rules currently contemplated in other jurisdictions, employers will not be required to enrol their employees in a plan.

A VRSP differs from a traditional pension plan in that many of the obligations of prudence, diligence and skill owed to the plan members are not borne by the employer, but rather by a separate third-party administrator (typically an insurance company, trust company or other investment manager authorized by the Autorité des marchés financiers) responsible for managing the VRSP’s assets and providing annual reporting to the Régie des rentes du Québec. Because funds invested in VRSPs are “pooled”, it is often assumed that the fees charged by plan administrators will be more competitive than those currently seen in the market for similar products.

Employers will have few administrative tasks beyond selecting the plan administrator, enrolling eligible employees, arranging for automatic payroll deductions and remitting amounts to the administrator, and notifying the administrator if an employee terminates employment, dies or retires. Moreover, employers are not required to contribute to the VRSP, although they may choose to do so (in which case such contributions are not subject to payroll taxes and will be deductible to the employer for income tax purposes).

Affected employers will be required to automatically enrol their employees into VRSPs according to the following timetable:

Once enrolled, employees may “opt out” of the plan by giving their employer a notice to that effect within 60 days. Not opting out will mean the start of payroll deductions.

Employees are to determine their own contribution rates to a VRSP, as well as their investment options. Employees who do not establish a contribution rate within the first 60 days of being enrolled in the plan will be subject to an initial default rate of 2% (which is set to increase over time). The plan member may discontinue contributions to the plan at any time or, under certain conditions, set his or her rate of contribution at 0%.

Even though VRSPs and PRPPs may be seen as a welcome initiative for those who feel that workers are not currently saving enough for retirement, their overall effectiveness is, as of yet, unclear. It is too soon to say whether these “pooled plans” will deliver lower fees for investors. In addition, while plan administrators will be tasked with most of the major responsibilities related to the plan, employers must still assume some of the residual administrative duties such as selecting the plan and managing employee contributions. These tasks may be quite significant and cumbersome for some small and medium-sized businesses. Finally, the current patchwork of federal, provincial and territorial rules may be especially problematic for businesses that operate in more than one jurisdiction. 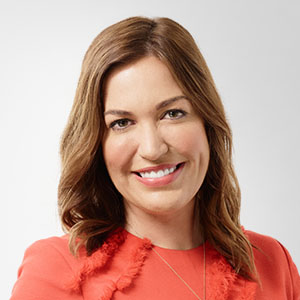