The proposed amendments follow a similar initiative introduced by the CSA in 2011, on which we commented at the time in the form of National Instrument 51-103 Ongoing Governance and Disclosure Requirements for Venture Issuers (referred to in Québec as Regulation 51-103 respecting Ongoing Governance and Disclosure Requirements for Venture Issuers) (collectively, “Proposed NI 51-103”) which proposed a more thorough review of the continuous disclosure obligation regime for venture issuers. Considering the lack of support for such a plan, the CSA ultimately abandoned the proposed new regime and introduced a middle-of-the-road alternative in the form of the currently proposed amendments. These amendments aim at achieving a similar goal of reducing some of the regulatory burden which falls on smaller issuers and allowing them to shift management focus on the business itself, while maintaining an acceptable level of governance safeguards.

In summary, the proposed amendments are as follows:

Currently, unless otherwise disclosed in the venture issuers’ financial statements, venture issuers without significant revenues from operations in either of their last two financial years must include in their interim MD&A a breakdown of material components of (i) exploration and evaluation assets or expenditures (on a property-by-property basis if the venture issuer is a mining issuer), (ii) expensed R&D costs, (iii) intangible assets arising from development, (iv) G&A expenses, and (v) any material costs, whether expensed or recognized as assets not already disclosed.

Pursuant to the proposed amendments, venture issuers without significant revenues in the most recently completed financial year will be able to elect to file (a) MD&A for the three, six and nine-month periods under the current Item 2.2 of Form 51-102F1 Management’s Discussion & Analysis (“Form 51-102F1”), or (b) new “quarterly highlights” for such periods under proposed Item 2.2.1 of Form 51-102F1. The new quarterly highlights will contain a short discussion of the issuers’ operations and liquidity, including known trends, demands, major operating statistics and changes thereto, commitments, events, expected and unexpected, or uncertainties that have materially affected the issuers’ operations and liquidity in the relevant quarter or that are reasonably likely to have a material effect going forward. However, venture issuers will not be allowed to use the new streamlined version of their MD&A for their first interim MD&A. Similarly, fourth quarters disclosure will continue to be included in annual MD&A.

Pursuant to the proposed amendments, the thresholds for an “acquisition” (as defined in NI 51-102) to be a “significant acquisition” and therefore trigger the requirement to file a BAR for venture issuers, will be increased from 40% to 100%. Therefore, an acquisition will only be a significant acquisition if the result of the “asset test” or the “investment test” (as each is described in NI 51-102), or alternatively, the “optional asset test” or the “optional investment test” (as each is described in NI 51-102), exceeds 100% of the consolidated assets of the venture issuers. This amendment should result in a substantial decrease of the occurrences in which a BAR must be prepared and filed.

In addition, venture issuers will not be required to include pro forma financial statements with the BAR.

Pursuant to the proposed amendments, audit committees of venture issuers must be composed of at least three members, the majority of whom may not be executive officers, employees or control persons of the venture issuer or of an affiliate (i.e. a subsidiary or a parent company). Therefore, members of venture issuers’ audit committees need not be independent as defined in NI 52-110. Note that an almost identical requirement is contained already in the TSX Venture Corporate Finance Manual.

The proposed amendments represent an important step in the right direction and will reduce some of the difficulties experienced by smaller issuers who may have fewer resources than senior issuers to enable them to comply with some of the more stringent continuous disclosure obligations. We believe that some of the proposed amendments, such as the increase of the threshold to file a BAR, the removal of the requirement to prepare pro forma financial statements and the presentation of two-year audited financial statements in IPO prospectuses will generate positive responses in the capital markets.

However, some other amendments introduced by Proposed NI 51-103 could have been included in the proposed amendments. For example, the CSA have elected not to amend the definition of “venture issuer”. In contrast, Proposed NI 51-103 had introduced a new definition of “venture issuer” which, in addition to the stock exchanges that are included in the current definition, included issuers whose securities were listed and posted for trading on the NZAX Market of the New Zealand Stock Exchange, the Risk Capital Segment (Segmento de Capital de Riesgo) of the Bolsa de Valores de Lima, the NASDAQ OMX First North, and the Bolsa de Valores de Colombia.

The CSA are accepting comments on the proposed amendments until August 20, 2014. 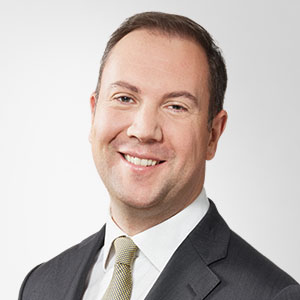